Supporter
Travelled up to Shropshire to have a look at the Mannlicher yesterday with Paul (Paul O' Deer) - bought it on the spot, it’s a peach for £550.

Nice un-marked stock & that classic Mannlicher Schnabel style forend, all in all it’s a very pretty little rifle. E-mailed Mannlicher & quoted the serial number & asked when it was built & they sent straight back "2001".

Purchased some 120 grain Norma Nosler Ballistic Tips & after bore sighting it I ended up shooting the 100 metre group shown. The outer ring is 3¨ so the spread from the last 4 shot group is 2¨. Not sure if the Norma’s are right for it yet but we were a bit rushed as the range closed at 4.00 so we only had an hour, a few more goes at a target are called for me thinks.

Boy does it kick more that my .22-250 Tikka & even wearing ear protection we both had ringing ears in fact Paul was pretty deaf for a while on his right side even though he was sitting spotting for me a good 10 yards away but then the range was enclosed & surrounded by conifers so out in the open field I’m sure it will be very different, might look at fitting an ASE Utra or similar moderator.

Bought the Swarovski from the States for £586.93 including duty & clearance fees, cheapest I could find in the UK was £746.00 plus shipping so I saved at least £159 which paid for the rings, bases & ammo.

Many thanks to Paul for his advice, patience & for spotting for me, cheers mate. (He was dying for a go but the range closed just as he got behind the rifle)

All we need now are some Roe & Fallow! 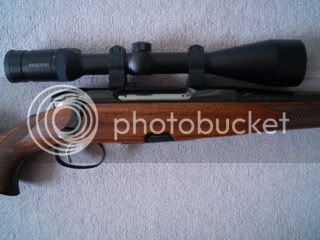 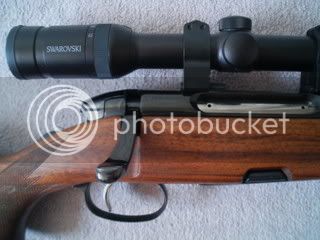 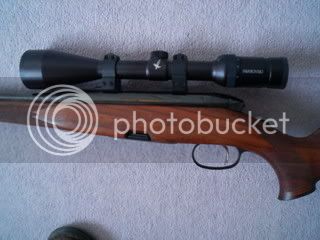 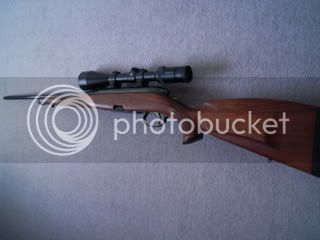 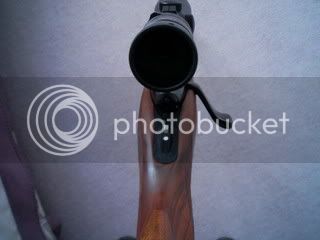 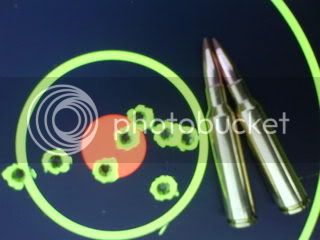