Billy goats in the snow tussock meet girl with .222

Last Sunday I chucked the twins at their grandparents grabbed Bronwyn and headed for the hills for the afternoon. I tried to trick her into thinking we were heading out for lunch or something like that, but 2 rifles and a request to bring a pair of boots sort of blew my cover.

We headed out the back of a local sheep station where we ran into a big crew of men and women mustering sheep in for shearing, I checked with the landowner and he said to just drive on through.

I parked the vehicle and threw a bit of kit together. I shouldered my .280 and Bronwyn the old .222. The last essential piece of equipment was a Lake Hawea Hunting Safaris cap. I told her we weren't going anywhere until she put it on. Bronwyn replied that I was an idiot an we headed up through the scrub.

We passed a fair amount of fresh pig rooting around a couple of seeps and climbed on higher to where I'd glassed goats from the vehicle. The goats had moved on, we climbed higher still, I knew once we rounded the skyline ridge they wouldn't be too far away.

Sure enough we were soon onto a mob of nannies and kids, with a couple of billies amongst them.
We stalked in close and I tried to get bronwyn in behind the trebly over my daypack, shooting uphill.
At this point I'll add Bronwyns only previous experience with a firearm was with a .22 at a target.

We played cat and mouse with the mob trying to get Bron a shot a billy but she could not get comfortable behind the rifle and I didn't want her to shoot until she was. After 5 stalks on the mob they vamoosed, we'd now climbed a hell of a long way and it was time to be headed back.

A mob of 15 billies came trotting into sight above us on the snowline. Too far for Bron so I jumped in behind the daypack. The billies were moving steadily over the skyline. I rolled one out of the mob at 240m with a handload, that was a bit of an eye opener for Bron, I explained if that was a mob of bull tahr you are expected to be able to shoot one at that distance.

We grafted our way up to the dead billy for a look and began heading home. Soon we spotted another mob of billies at the bottom of a bluff below us. Bron found holding the rifle from a sitting position much easier, we crept out onto the top of the bluff for a shot.
First I got her to fire at a billy with an empty chamber. "Yip yip thats good close the bolt again."
This time the trebly cracked and the billy gave a groan and went legs in the air 80m below.

After a quick congrats we shuffled across the top of the bluff for another shot at the fleeing mob. A black billy stopped exposing his shoulder from the scrub, the trebly cracked again and another billy went legs in the air at 40m.

A whipped the head off the black billy and we made a run for the vehicle, we were now badly late and would need to sweet talk the grandparents.

This was one of the best days on the hill I've ever had. I've taken quite a few people to this area hunting goats and none have walked as far as we did that day.

The head from the black billy were boiled out, skull is bleached and horns are sitting on the garage window sill, The photos on the mantle piece, awesome!

In my book anyway that was quality time next up might be a crack at a fallow yearling, not sure how bad the bug has bitten, but I think it bit a little. 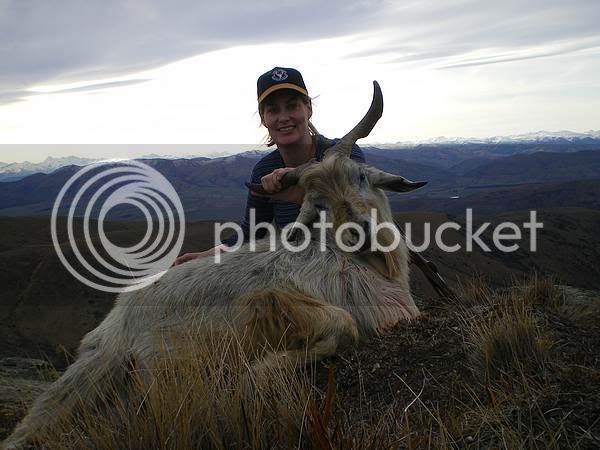 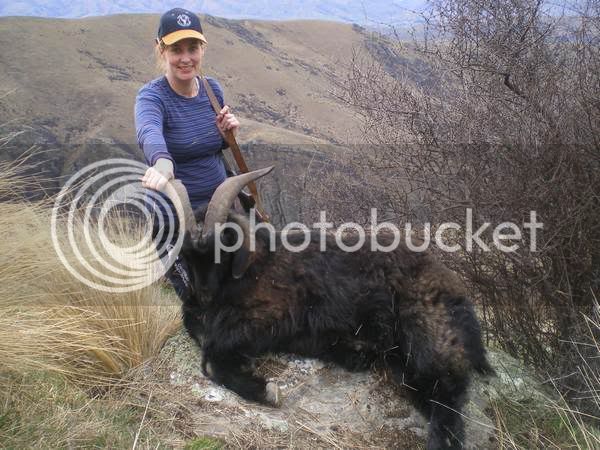 that was a superb report> thanks for that. looks like good sport was had by all. the scenery is fantastic, where are you?
1

With regards to the cap, you've got to earn one of them

Goat hunting is not held in high regard here but like any hunting its what you make of it and a great way to knock over a few animals with a high powered rifle before tackling something a little more cunning.

In my book an old billy goats worth more than anything behind wire.
S

ethical-freeranger said:
Goat hunting is not held in high regard here but like any hunting its what you make of it and a great way to knock over a few animals with a high powered rifle before tackling something a little more cunning.

In my book an old billy goats worth more than anything behind wire.
Click to expand...

Site Staff
It's really good to read about how it is done elsewhere in the world, especially when it is someones first time. I think she will have got the bug, two successes on her first go. A good yarn with great photo's from a beautiful part of the world.

I am jealous I have to admit. I could of course do tha myself you know, wear the hat, pull the trigger, take photo's, boil the skull etc but, that bloody walking routine that's what gets me every time

Knocked a few goats over when we were in NZ last month. Here is one I took a few years ago. 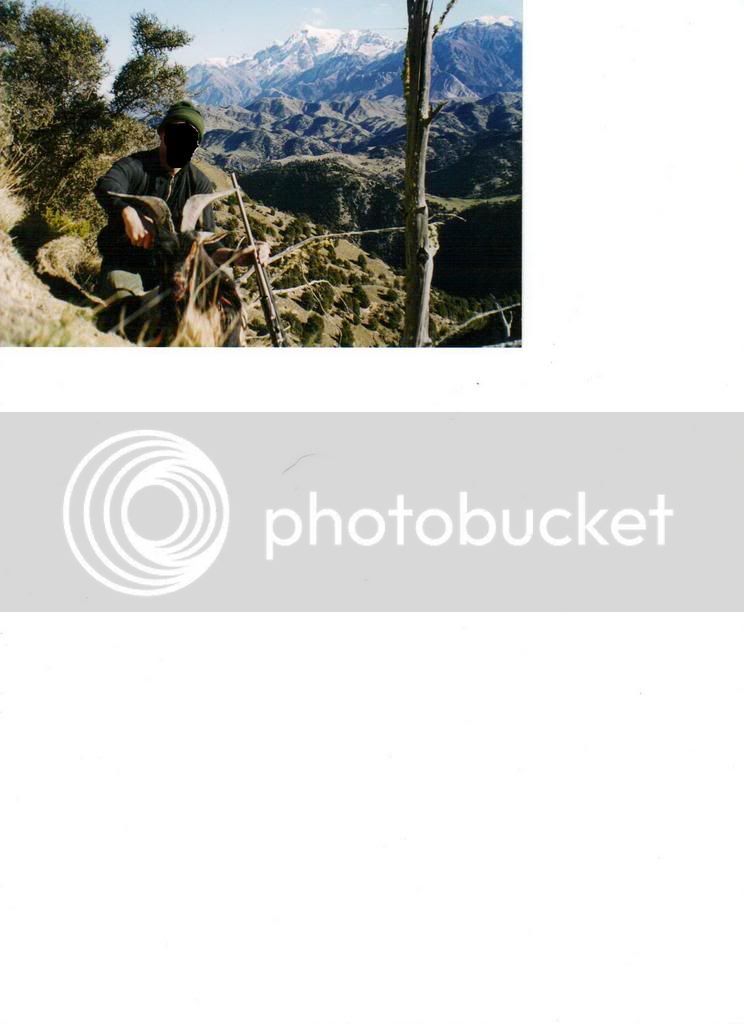 The goats the one at the front.

The goat is the only one there is it not, all I can see behind it is something without a face

JAYB - A lot of the hunting we do here is spot then stalk hunting, there's not too much point in climbing 1000m just to find there is nothing up there. At the end of the day killing the animal is only one part of the experience.

To get out into the mountains to a base camp by 4x4 or helicopter whether it be to an alpine cabin or a tented high camp is an experience in itself. Generally animals can be glassed from camp.

Give me a bit of time and I'll try and dig out some footage of a yearling chamois that came for a look at camp this year.

Supporter
Do you not eat the meat?
E

Not from a billy goat Bobt, you'd have to be pretty hungry, younger goats are okay.

Here is some footage of a young chamois that came for a look at camp this year - have put this in the videos section as well.