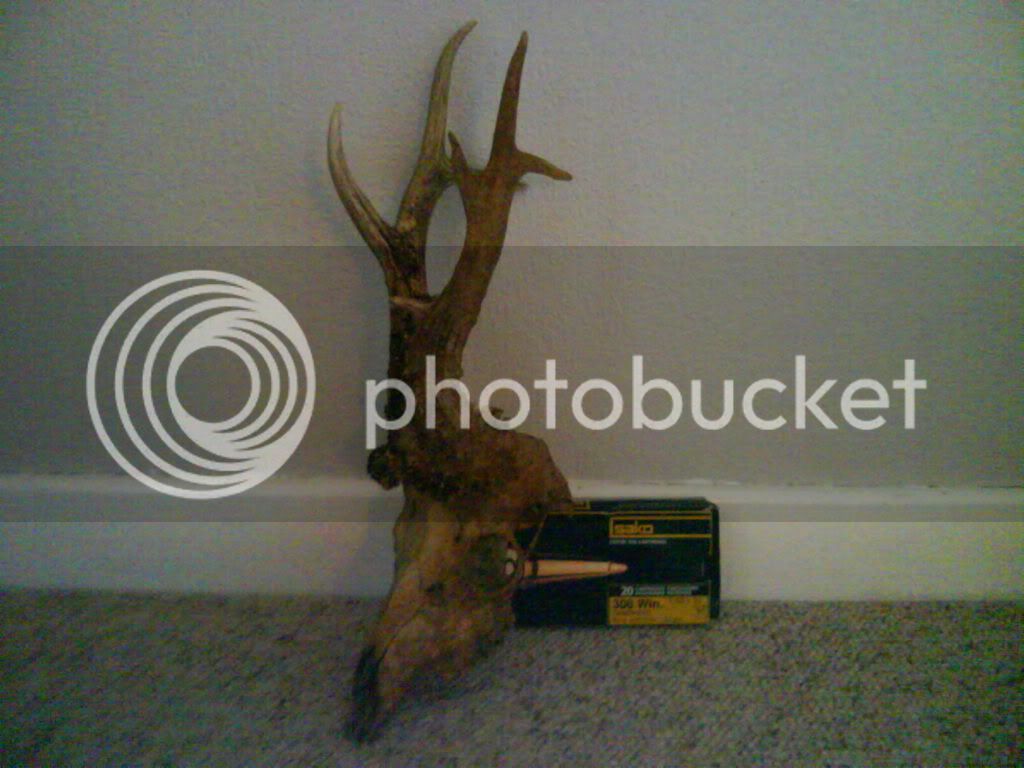 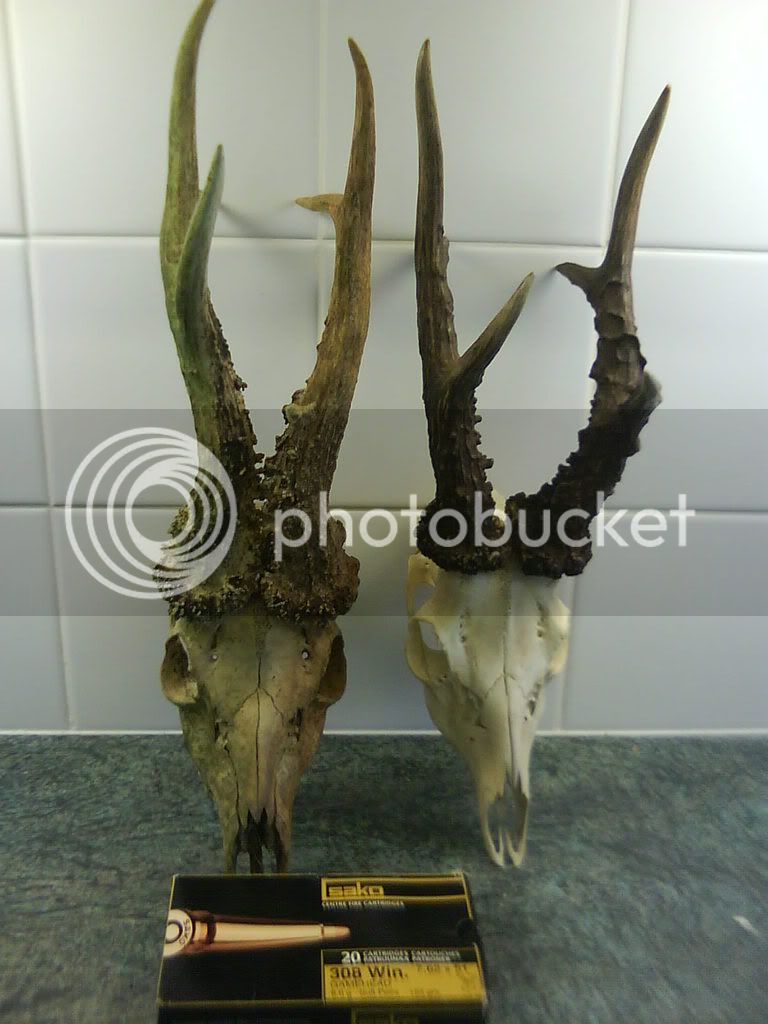 Above is a photo of a head I found in one of my woods a few weeks ago.

In the second photo I have put it next to a Silver head 126.5 CIC to give some idea of scale. Unofficial CIC measurement for the large head is 170 ish.

I have managed the Roe deer on this estate for the last 16 years and had never seen that buck before. By the looks of him it was old age that got the better of him as his teeth are pretty worn, although he was about 300 metres from a main road and could have been involved in an rta? Because it was only his head that I found there were no clues to his demise!

Although I can't recall seeing this particular buck, Roe bucks of this quality are not uncommon in Fife.

As a Fifer myself I can only agree with you regarding the quality of heads found within Fife. Apparently the east coast of Scotland has the required minerals to ultimately promote the growth.

I have only ever had one measured back in 2007 as it is normally only cull bucks that are taken but this was, for me at least, a special case. It had been seen regularly for 3-4 years and had always displayed an excellent head(photo in the Trophy room) . It measured 166 and will be the biggest head I will ever shoot.