greetings all, just wanting opinions from past and present ruger no1 owners in any calibers and models, thinking of a varminter. Heard about the triggers not been great and forend hanger thingy needing sorting. Rifle would be for mainly sitting and waiting walking short distances. Also any recommended tried and tested no1 fetlers should I take the plunge after reading your replies! thanks.

Trade Member
Hi, I used one for a while. I had a wulf trigger spring fitted and the trigger reworked by a local gunsmith. Once this was done it was an incredibly accurate rifle. Quite heavy but there is something special about that falling block action. I didn’t fit a forend hanger, my point of aim would shift depending on what type of rest I was using. From a bipod it would be about an inch higher than off sticks.
nice rifles.

Supporter
I've had 2 No1s. My first was a stainless action laminate stock in 243. Superbly accurate but heavy. I changed that for the stutzen style RSI in 7x57. Featherlight compared to the laminate stock but sadly too much boom for my permissions. It was also very accurate providing you didn't grip the fore-end but merely rested it. Good rifles imho. See if you can try one out. Never found an issue with triggers.
B

Thanks ezzy, that's what I would want sorting if I do it, think I have two choices a hicks kit from good USA or class bed in uk, tho read in one comic bike inner tube will work but am not fit to be let loose on such a thing! Thanks again for your findings.
B

hi greenman, friend used to use 22/250 varminter with pecar 4-10 variable with post reticle, many moons past, lovely rifle as I remember. Rough rule was sit target area/ target on top of post and squeeze fast and effective! Thanks your findings.
3

Heavy but lovely rifles. I had a .243 no.1B 2nd hand that had had the trigger worked on - around 2lb and no creep. Cured the vertical stringing by free floating the forend and carefully bedding the hanger around the forend screw. The varmint versions are reputed to be the most accurate, though mine would put 3 X 105gr Geco's under a pound coin at 110yds.
Always fancied a stainless laminate version myself.

the_greenman said:
I've had 2 No1s. My first was a stainless action laminate stock in 243. Superbly accurate but heavy. I changed that for the stutzen style RSI in 7x57. Featherlight compared to the laminate stock but sadly too much boom for my permissions. It was also very accurate providing you didn't grip the fore-end but merely rested it. Good rifles imho. See if you can try one out. Never found an issue with triggers.
Click to expand...

Agreed.....never used the bi-pod as POI would shift. Forend rested on hand when shooting off sticks or high seat rail. Generally not a rifle to take on the range and shoot multiple shots. Great accuracy first 3-4 shots but 10 rounds on stalkers test at BSRC saw accuracy drop off. Great rifles for guests to use as basically ambidextrous. I still regret selling it to this day.

I'll take some decent pictures of it tomorrow. K 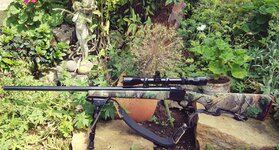 Thanks all for info and pics so far. 3.5 wonder where yours is now, sounds like one to keep.
A

I've owned a few No 1 and No 3 Rugers over the years . They are a solid rifle , but do benefit from some tweeking . The fore-arm issue isn't that difficult to fix , if the rifle you own has it , quite a few don't . I used the same technique as 3.5mag when bedding mine . I am a trigger snob and either replaced ( I had a JARD on a No 1 Lightweight in 7x57 , great triggers ) or carefully stoned and adjusted the factory ones . As to weight , the No1 V models are quite chunky , but the above mentioned 7x57 weighed just under 8 pounds with scope and sling , hardly a burden . They're not for everyone , but it sounds like you're interested in something a little different , they are that . I've always liked them , you probably will too lol .

Thanks ab, like them a lot to look at and hold, but if a can find one with trigger and forend done that shoots ok I will probably have it if price right as the thought of having to have one tweeked for me would spoil pleasure of owning, but that's just me.
B

6pt- sika, You certainly like your no1 Rugers thanks for info. Out of interest what sort of prices do they go for in your part of the word compared to over here? thanks.

I'd love one in a small wildcat centrefire calibre,

I always liked single shot rifles, since working in the gun trade as a youth they where the only things that really tickled my fancy after a while Hollands and Purdey all became a blur of engraved tube things with smooth holes in the middle,

I've handled the No1 a few times they are a quality piece, there built like a tank.

But as others have said, like all Rugers they can often do with a bit of tweaking, in order to get the most out of them.

But then, they are hunting guns not target rifles

If I could be arsed to get a better job I'd probably go for a Merkele Single shot or some German/Austrian break action, they are staggeringly pretty and so portable its almost like carrying what I like to call the "space wand hole maker". 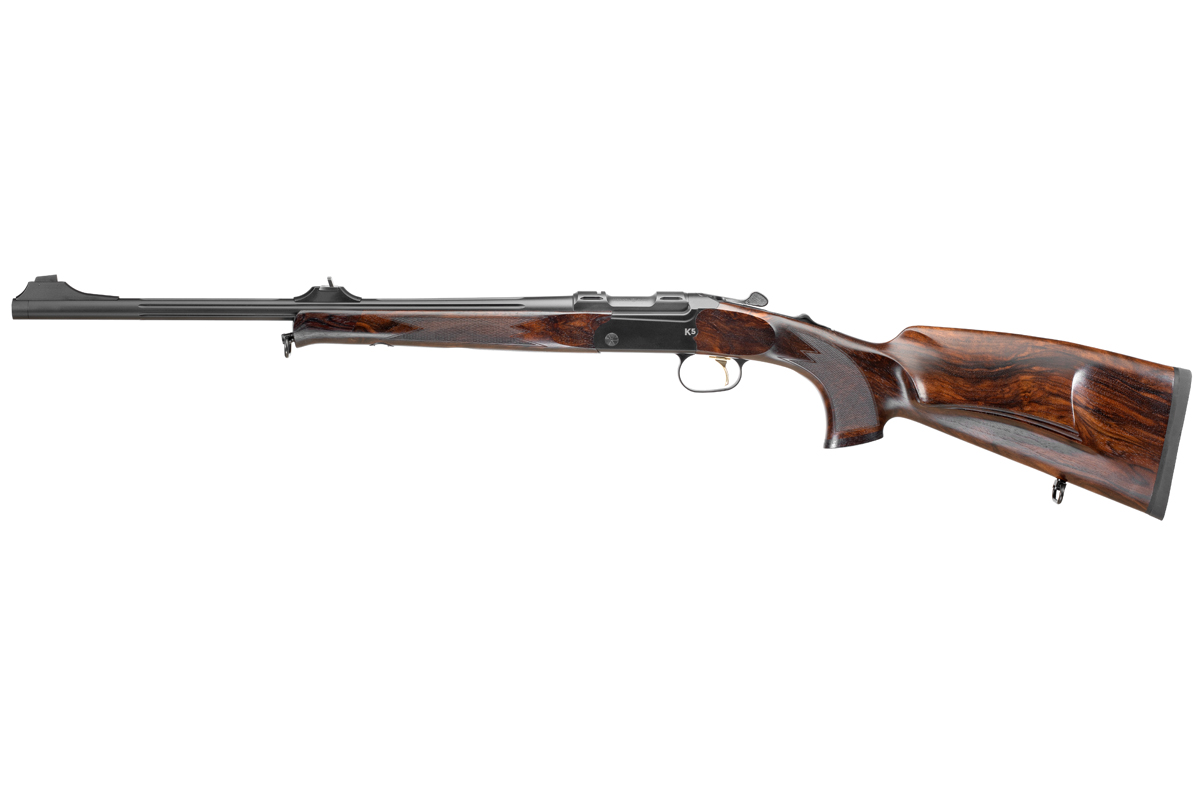 You'd almost be committing crime putting a large scope on such a dainty little rifle. All the ones I saw had Zeiss low powered thick post reticules 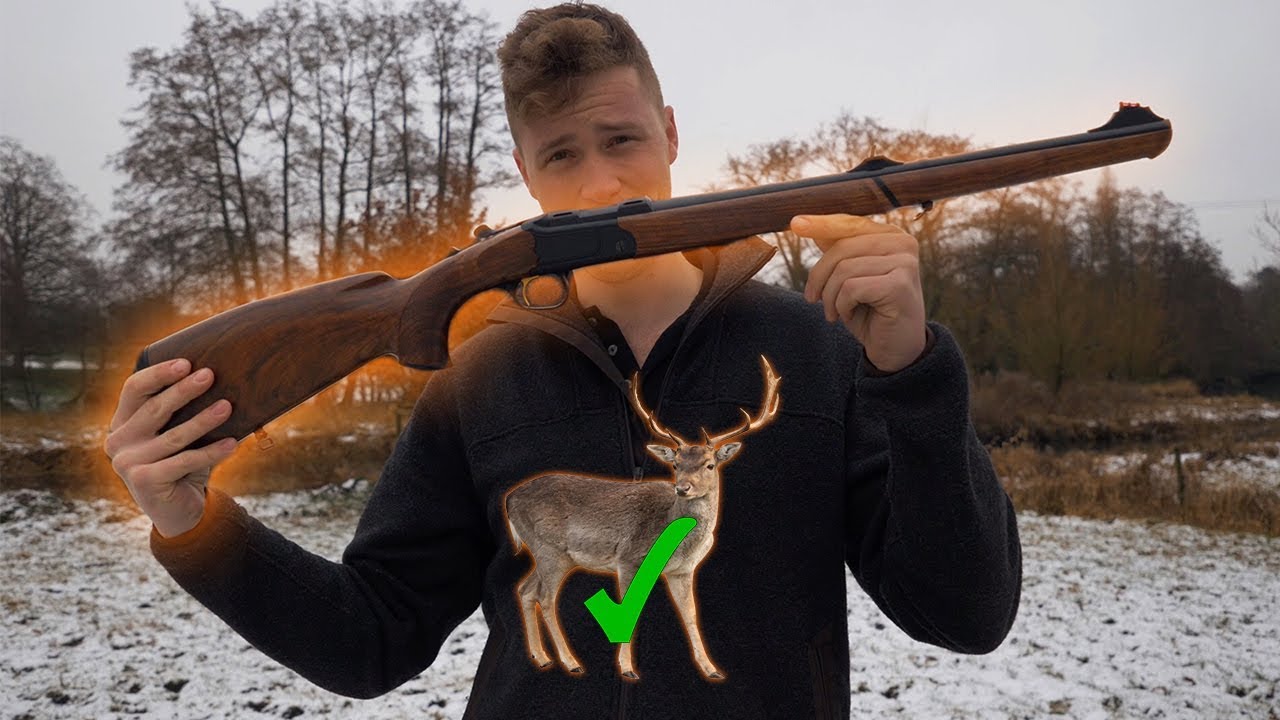 boltgun said:
6pt- sika, You certainly like your no1 Rugers thanks for info. Out of interest what sort of prices do they go for in your part of the word compared to over here? thanks.
Click to expand...

Depends on caliber and condition of course , but I’ve seen new ones recently go as high as $1800 and I’ve seen older early ones in obscure calibers go for two or three times that amount .
B

Oh I play world of warplanes, I used my avatar thingy from that forum as well! I've always loved aeroplanes and used to design my own radio controlled flying models

Cat hill gun shop in Barnet has quite a few single shots, even a Thompson centre with a few extra barrels.

I saw a .44 mag handi rifle that tickled my fancy at cat hill but had to walk away as .44 isn't really a practical hunting calibre He also has a Begara break action in 45/70 but having fired one once in a sharps copy, I can only imagine the recoil in this wee thing. although it would put an inane grin on my face

Reloading .44 is cheap as chips, (8p a round) is there any practical use for it as a hunting, or pest control round?

I’ve had 2. A 6mm REM that would put one hole groups at 100 yards, but only with 100 grain bullets. It wouldn’t group any thing else. ive now got a no.1 T in 45/70 that rattles the old teeth with full whack ammo. It’s fun for about 5 shots. Sorts the men from the boys. Hopefully my FEO will let me have it for deer on renewal.
You must log in or register to reply here.
Share:
Facebook Twitter Reddit Pinterest Tumblr WhatsApp Email Share Link