The price of everything

Bought some consumables for the workshop yesterday and everything is up between 20 & 40%.
The best was a blade for the bandsaw at a price increase of around 60%
I was going to price up some steel for a batch of highseats but from what I’m hearing from my brother who is in the engineering business I could be in for a shock there also.
Where does it end?

An mdf has rocketed too, it's insane
C

It ends with deflation after a period of massive inflation.

I see they are on about increasing pension by 8% because that is some sort of reality relative to real wage growth. Well not my wage growth.

I do'n't know anyone who is getting 8% more this year. House prices up silly money. Energy prices going up. Fuel is way more expensive.

There might be a glut of money circulating around after all the money printing but when everyone has cashed in on making hay while the sun shines, nobody will have anything left and the prices will plummet.

Which will be nice, not.

Yep. I will have no pay rise this year and I have been noticing lots of very high price rises with all sorts of things. Try and book a UK holiday, get some engineering products. Some people in debt are trying to get there money back but a lot are profiteering with the situation. I bet we all know of someone who was claiming allowance but was still working. I think it shows the extremes of people, difference between I have and want more at anyone's cost and the people who put there self out to be helpful and honest.

Supporter
There is a shortage of timber, we don't grow enough, UK demand rising. Global demand will double over the next thirty years. Increasing global demand will encounter increasing constraints on supply, which will push timber prices upwards, benefitting forest owners. Rising timber prices will drive asset values, pushing forest values higher. UK is second largest importer of timber and forest products after China, this represents £8billion balance of trade deficit. Jolly unfortunate considering we have a fantastic growing climate. The anti-conifer lobby have a lot to answer for, certainly their precious bahookies would miss the comfy two-ply from softwood.

Supporter
Lots of ground being planted up here, not sure if many of them will ever see a chainsaw. Poor, wet ground. Prone to windthrow. Cost more to extract than it’s worth. Especially in 50 years when all the forwarders are plug in EVs and lord knows what the felled timber price will be.

Also read that our gas and electric are going up a fair chunk in October.
Happy days eh

Supporter
I suspect its due to the fact that companies have had sales drop off by X% so what they've done is increase prices to make up for it. Inflation in some areas has been brutal.

Unfortunately they've gotten away with it due to the proliferation of cheap and easy credit over the last few years as well - its too easy for people to slap things on a credit or store card and worry about the bill later. Back when it was harder to get credit and it was more common to buy in cash people would have just walked away.

It's not just in the UK that the price of things are going up. I saw a notice at work that the price of the things we cast into our concrete forms has increased dramatically. Saw Mills here in Sweden are at full capacity to cope with global demand.
A

It will pass...and is already passing in some areas. A result of less supply and more temporary demand....as well as the actions of that human ventriloquist's dummy Jenrick.

Staff in some sectors are being offered pay rises up to 50% this year as a result of Brexit and Covid - typically low paid staff like waiters.

The inescapable fact is that if prices rise too high, then demand will fall and so will prices. We've just had 30 years of the biggest deflation in history, so it's no great surprise that the party ends some time.

Hope to see the same inflation when it comes to 'venison prices' or would it continue on deflated prices?

Supporter
Timber has rocketed because of a warm winter in 2018 across Scandi and Russia hitting availability. Couple that with massive demand in house building, home improvement, sheds and garden offices along with a shortage of haulage availability and you can see what's going on.

Aggregate and cement are being bought at source by the HS2 contractors, so there's a shortage for the home building market. It was plaster (and plasterboard) 14 months ago, so it's trying to spot the next shortage (like loo rolls!!!)

Brexit? Covid? HS2? Who knows, but it's not going in the right direction at the moment. Short term hopefully

Same here, if you can get the parts or materials firstly, the second shot comes when you see the price, I have just purchased some chemicals they have gone up £27.00 pound per 500 gram pot, when i checked the batch numbers - same batch and code £108 hike in prices for nothing - rip off Britain at its best

Hs2 is starving ready-mix plants up in Scotland. Price has.... 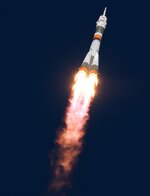 Supporter
Don't worry. Once Brexit kicks in at least the price of tropical fruit will come down Jacob Rees Mogg assures us AND he said so in the Daily Express too. 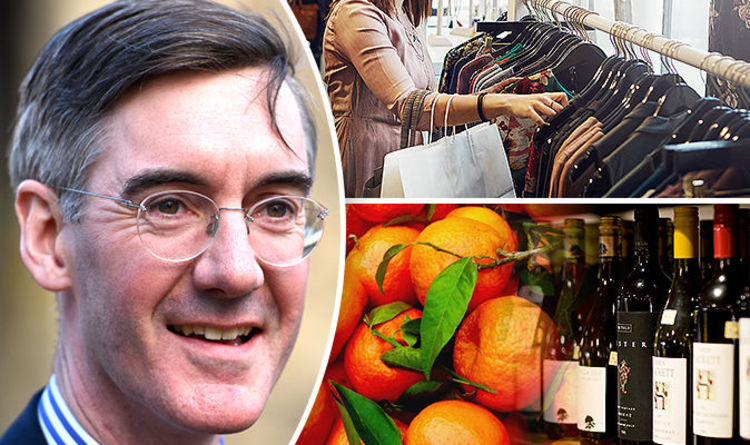 Brexit will REDUCE food, wine and clothes costs by 20% - Rees-Mogg fires back at Remainers

EXCLUSIVE: Leaving the European Union (EU) will reduce people’s food, wine and clothes bills by up to 20 per cent, said Brexiteer Jacob Rees-Mogg.

Supporter
This has little to do with Brexit - it is a problem globally, but particularly for Europe and the US.

Container freight rates from Asia to Europe and Asia to the US have gone up around 400% in the last 12 months. What was $2,000 per container is now over $8,000 and some companies are being quoted short-term spot container rates as high as $20,000. That is per container, remember.

This is a result of a combination of factors, including things like shortages of capacity as a result of the laying up of vessels, huge spikes in volume as the economies of the world start emerging from the pandemic, and the knock-on effect of disruptions like the Ever Given being stuck in the Suez Canal (agreement has only just been reached for the ship and its crew to be released).

On top of that, there is a chronic shortage of supply chain workers like truck drivers and warehouse operatives. This has been a crisis that was predicted years ago, with the average age of the European truck driver being over 44 and 20% of job vacancies being unfilled as far back as 2018/19. As we've shifted to online retail since March 2020 the problem has only worsened.

We live in the era of "I want it, I want it cheap, and I want it now". All we are doing right now is paying the price for what happens when things go out of kilter in global supply chains. For example the recent fire at Japanese plant of Renesas, the automotive semiconductor manufacturer, brought car production worldwide to pretty much a standstill.

The next big commodities to be hit will be plastic and rubber.

There are no short term fixes, unfortunately.
Last edited: Jul 6, 2021
A

It's not just HS2. The government's "solution" to the cladding crisis has effectively mandated that all the work on hundreds of thousands of flats must start at the same time, with consequent and entirely predictable effect on the costs of building materials, scaffolding and labour. All these projects, of course, being run and controlled by professional cretins (the public and social housing sector and govt.).

Supporter
Yep just back from a weekend away ,at least 15 hotels advertising for all staff .Cooks ,waiters,cleaners etc ,pubs in the same boat.
Even lorry driving/ warehouse jobs at the motorway services .
My bug bear is all the crying for foreign workers visa ,what's wrong with paying a decent wage for British workers?
And yes you've got a shortage of UK drivers, so let the test centres catch up and use the uk military for 6 months.
Must be thousands of ex army/navy and airforce hgv drivers out there?
Time to pay the piper ,CBI ,less profit short time ,recruitment in the UK ,training in the UK.
Maybe real apprenticeships ?

In no way meant as a dig at you, but this is sadly the problem we have in supply chain.

Largely invisible to the consumer, the reality is that it is global supply chains and those who work in them that have kept people fed, clothed, and - yes - even vaccinated during the pandemic.